What are the production techniques of military boots?

There are many conditions that are required to make a good quality military boot, from the initial design to the final molding, and the steps involved are complex and detailed. The selection of the face material, the design of the sole pattern, and the research of the molding process... Each step requires strict control and rigorous operation. Only by doing every step carefully, we can make boots like art.

A crucial step in the shoes making process is molding. It refers to the technique and method of assembling the shoe parts such as the upper and the sole to become a shoe product. The Chinese shoe-making process has been using the hand-stitching process for a long period of time. Since the 20th century, advanced technology and special equipment have been introduced from abroad, and the shoe-making process has developed rapidly. The forming process of military boots has been selected and finalized: gluing, false seams, Goodyear, mold pressing and so on. Today we will introduce these several processes in detail:

Also known as the cold-adhesive process, it is a process that uses an adhesive to join the upper, the insole, and the outsole together. Due to the different materials of the upper and the sole bonding surface, the type and nature of the adhesive used are different, such as neoprene adhesive, polyurethane adhesive, SBS adhesive and the like. Because of the simple process of the gluing process, short production cycle, high production efficiency, low manufacturing cost, fast change of color variety, and easy expansion and reproduction, it is also widely used in the manufacture of military boots. The adhesive strength of our company's military boots is completely in line with or even exceeds the adhesive standard. After the molding, the rubber spot cleaning is also very clean. This 7239 desert boots is made of adhesive technology, beautiful and characteristic and the sole also have very outstanding fastness. 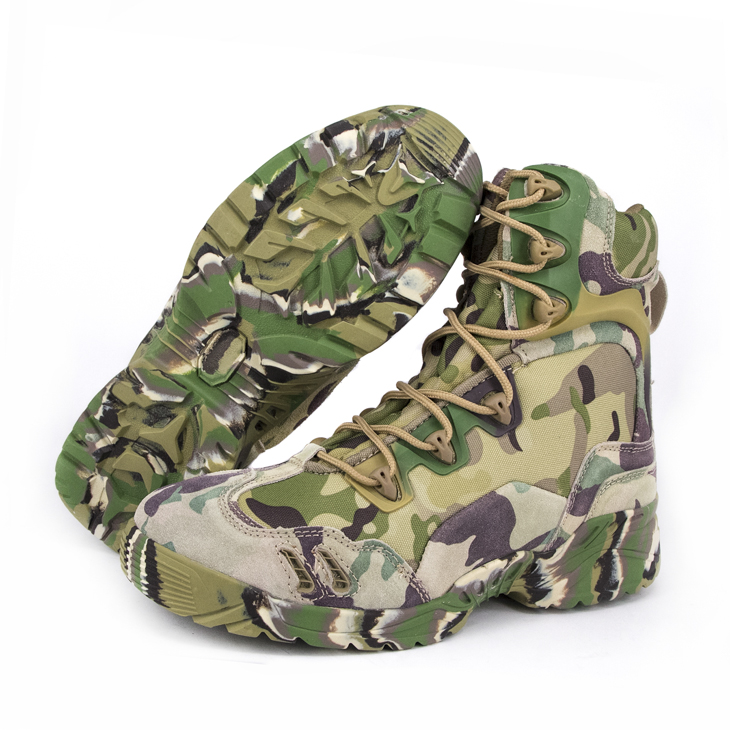 Goodyear process is a unique process for the world's top footwear. Named after Sir Charles Goodyear, who invented the "Goodyear Stairs Structure Shoes making Technique". It has been nearly 200 years old.

In 1875, Goodyear was introduced to Europe along the sewing machine to inject fresh blood into the traditional European handmade footwear industry. With the development of the shoe-making machinery, the traditional technology that prevents the hand-made shoes from being completely preserved, and the advanced Goodyear process has become more sophisticated.

The uniqueness of the Goodyear process is that when sewing shoes, the inner edge and the outer edge strip are double-sewn, and the upper and the sole are firmly integrated into one body to withstand any impact and twist. A cavity is formed between the midsole and the outsole, which can be separated from the moisture and a layer of cork is laid to ensure maximum breathability of the shoes.

In addition to ensuring a thorough wicking function, a natural footprint is formed on the sole. In the first 15 days or so of the customer's wearing, the sole will reshape and become a pair of feet in accordance with the force of the foot. “Personal sole” achieves a comfortable fit when walking.

The military boots with Goodyear bottom are comfortable and durable, and the large bottom of the seam has many advantages. It can adapt to the thermal expansion and contraction of the upper and the sole in the environment with large temperature change. It is more suitable for the foot type, and the folding pressure is not easy to break. However, the waterproof performance is slightly worse. Since Goodyear requires two seams, it is produced a little slower than glue.

In the current shoemaking process, there is also a sticky "fake seam". The fake stitched shoes are essentially glued shoes. They are made in a circle on the sole, which is difficult for inexperienced buyers to identify. For example, this 6202 leather boots uses a fake seam, while the white boots on the one side are Goodyear shoes. Can you see the difference? 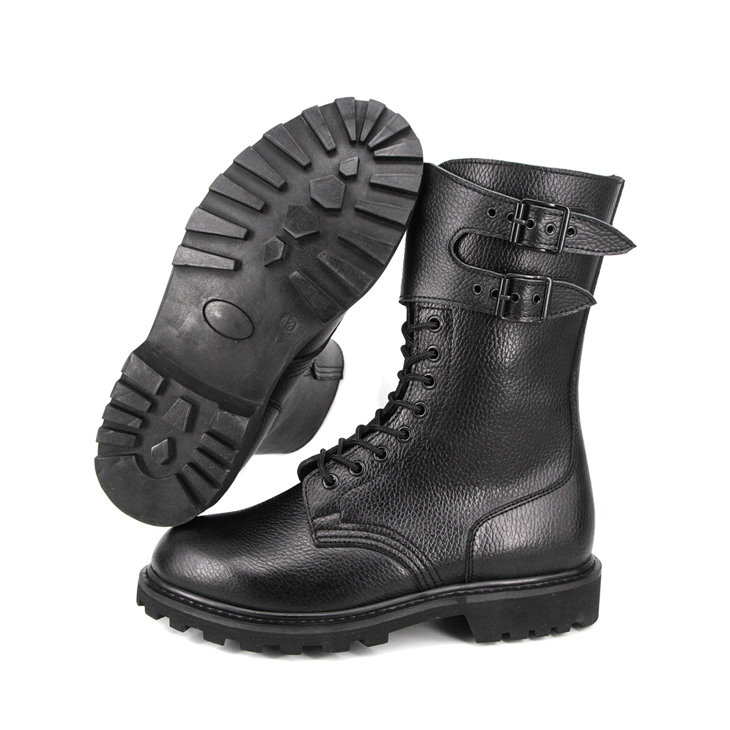 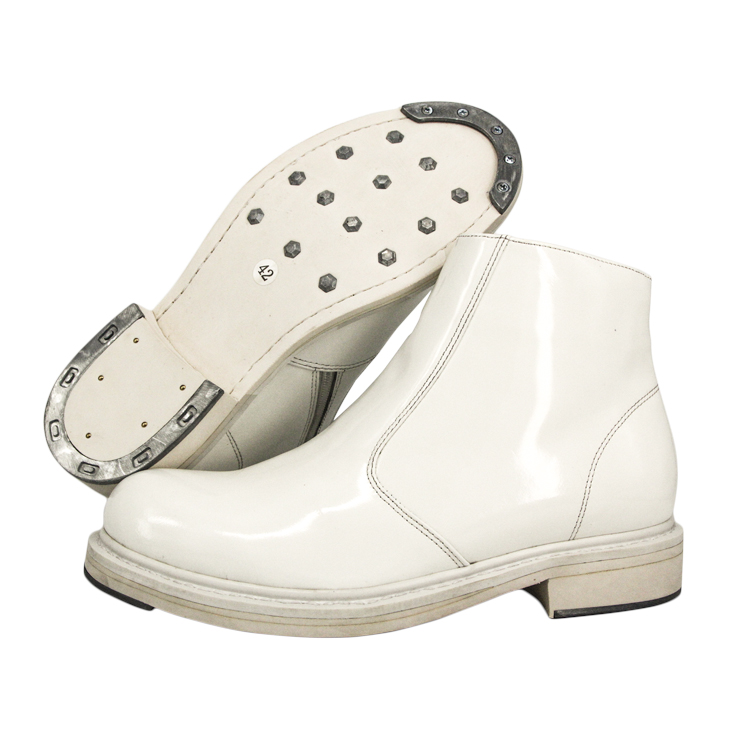 It is a process for bonding the outsole and the upper together by using the rubber outsole to produce the rubber flow and the clamping pressure generated during the vulcanization process of the mold. The outsole and the upper are adhesively bonded under the high temperature and high pressure of the rubber, so the molded shoe process has the characteristics that the bottom is firmly bonded and is not easy to be opened, wear-resistant and resistant to bending. Due to the long production cycle of molds and the slow change of color varieties, the molded shoes are suitable for the production of large batches of products. Our military and police shoes are used very much. The three major molding processes of the military boots have been introduced. I hope this article will give you a deeper understanding of the boots. Thank you for your reading.