The military boots in the modern sense were born in the mid-19th century.

It turns out that the popularity of military boots not only protects the soldiers' feet in the battlefield environment, but also enhances the individual's combat maneuverability.

On August 1, 2007, Chinese military uniforms began to be officially installed.

At this time, the 07-style military boots were first issued to the officers and men of the army in the history of the People’s Liberation Army. 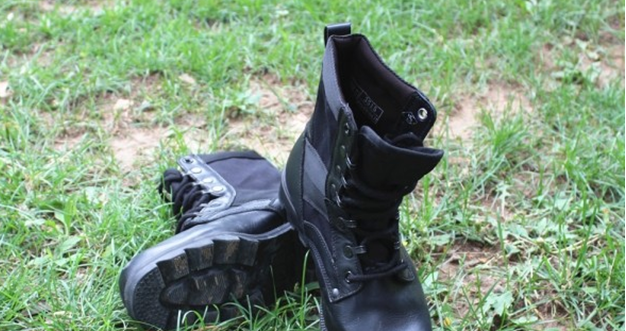 Today, the 07-style military boots have been used for 11 years in the entire military.

Undoubtedly, this military boots have been recognized by the soldiers, but in actual use, it also revealed some defects to be improved.

This article wants to say is that although the 07-style military boots have some defects.

However, from the perspective of the manufacturing of the military boots industry, it does reflect some of China's technology in the forefront of the world.

What kind of little-known technology is included in the 07-style military boots?

As one of the individual equipment, the design ideas of military boots and ordinary shoes are very different.

In particular, military boots are more demanding on the sole part.

Generally speaking, the material of the sole portion of the military boots should have anti-slip property, wear resistance, shock absorption, comfort, aging resistance, high/low temperature resistance, hydrolysis resistance and the like.

These indicators are indispensable, so not all materials are suitable for making military army jungle boots. 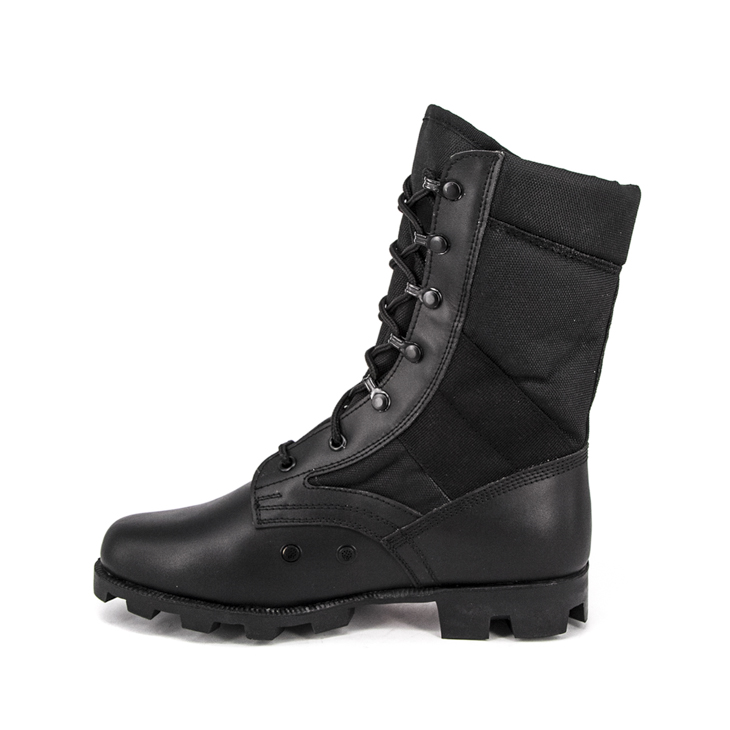 Considering many factors, the traditional material of rubber is still one of the high quality materials used to make the soles of military boots.

If a single-density rubber is used to make a military shoe sole, it is easy to have a sole that is too stiff or too soft.

How to make the rubber sole soft, wear-resistant and elastic while ensuring hardness?

This has always been a problem in the manufacturing of military boots.

In this regard, after years of exploration and trial and error, China finally found that if the dual-density rubber injection process is used to make the soles of police jungle boots, this problem can be effectively solved. 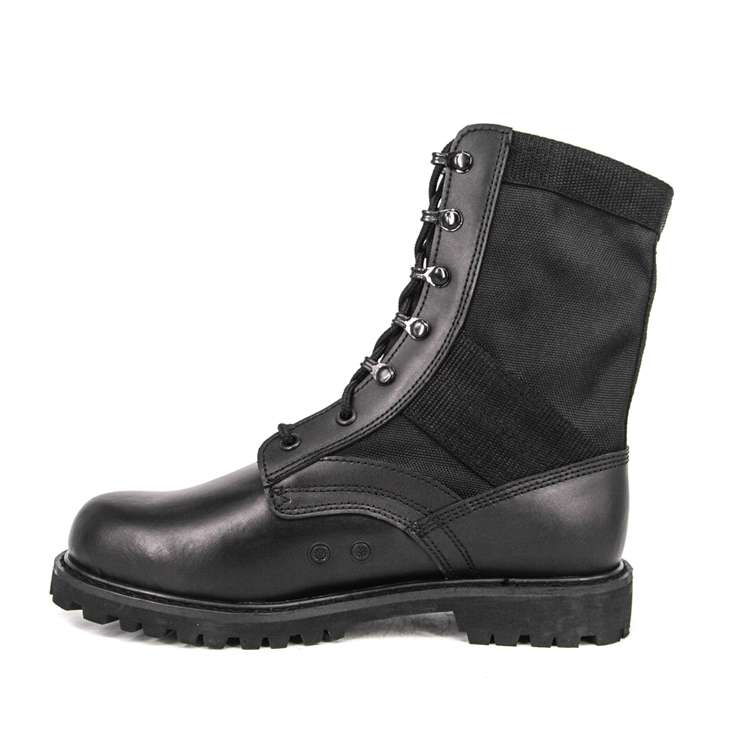 For the working principle of "Double Density Rubber Injection Machine", it is necessary to explain it for everyone.

In the automatic and precise production process, different density rubber materials are injected into the cavity inside through the injection nozzle.

After the injection molding, the sole portion produces two layers of rubber of different densities.

Among them, the lower density rubber foam layer can provide good comfort, shock absorption and reduce the weight of the military boots.

Finally, the sole portion and the upper portion are combined and fixed, that is, the production line manufacturing process is completed.

The use of this dual-density rubber injection process not only ensures the performance of the military boots, but also increases the production efficiency and output per unit time.

In general, the manufacturing cost of the raw boots is reduced.