Military boots appeared in Europe in the first.

Bismarck said: “The appearance of military boots and the footsteps of marching are powerful weapons of the army.” It can be seen that Prussia, the country with its first armed forces, is deeply ingrained in the culture of the clan, and attaches great importance to military uniforms. It is also theirs. This set a precedent for the development of military boots. The earliest history of German military shoes can be traced back to the Prussian period of 1866. The first batch of military shoes was leather brown boots. During this period, other European powers such as the Russian army, the French army, and the British army also used long boots as standard military boots. The Prussian army's military boots laid the foundation for later standardization. Its style has always affected the German army during World War II.

Before this, in the long history of Europe, although full leather boots had already appeared in the long run, most of them were crudely crafted and unattractive. Even in the United States at that time, military shoes were ugly and rough. After the German unification, under the influence of Bismarck, more emphasis was placed on military boots. This trend has affected Europe and the United States, and even the world.

Germany opened the beginning of the standard military boots and in the following two world wars, it further developed:

After 1940, the German line of battle continued to spread, from the hot North African desert to Moscow in the snow and ice. In order to adapt to the environment in different combat areas, functional marching boots with different uses were dispatched to the German troops fighting overseas.

For example, Rommel's African army is equipped with special desert boots. Desert boots are divided into high waist and low waist. They are all laced. The boot waist is made of breathable field ash or sand yellow canvas. The boot and the bottom of the boots are made of leather, which can effectively prevent the occurrence of dermatitis. Contrary to the African army, which is suffering from extreme heat, the German soldiers who fought in the cold at the temperature of minus 50 degrees Celsius on the eastern side distributed two kinds of cold boots, which were supplied to ordinary infantry and mechanized soldiers.

During the Second World War, it was probably the United States that was comparable to the Germans in terms of individual equipment. At the time, there were two kinds of military boots distributed by the US Army infantry: the M42 military boots and the M43 high-waist combat boots with leather leggings. In accordance with US military regulations, the M42 military boots must be printed with standard canvas leggings at the same time.

After the Second World War, the United States has continued to develop new types of military boots and has been constantly tested in the war.

In the early 1960s, the U.S. army developed tropical boots as needed. It is made of moisture-proof nylon and leather with two vent holes. The sole is designed in a "Panama" style. It is easier to remove dirt from the soil. A steel plate is installed in the sole to prevent it from being stabbed. The initial boot of the tropical boot was made of green nylon. In 1990, the shoe upper was changed to black in order to standardize it and facilitate its use in the camp area. 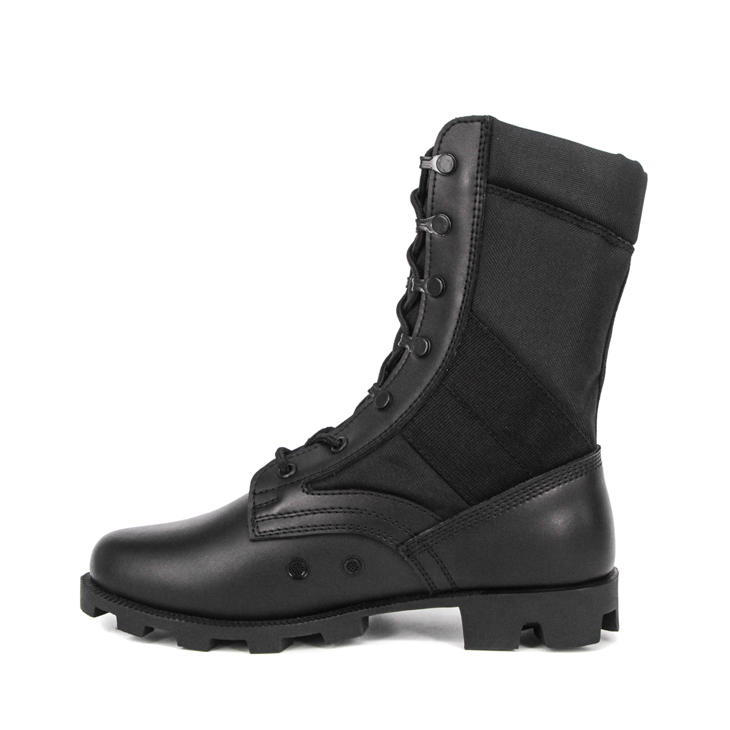 After the end of the Vietnam War, the most admirable combat boot in the US is probably a desert boot that is used extensively in the Middle East. At the beginning of the Gulf War, the US ground troops wore black boots with drain holes on the boots. In military operations in desert areas, such military boots are too heavy, disguised, and poorly heat-dissipating. For the US military, the quality of military boots is not only related to the health of the soldiers, but also affects the combat effectiveness of the military. As needed, the U.S. military quickly designed a military boot suitable for desert combat.

The improved desert boots do have many advantages: the desert boots are made of moisture-proof leather and woven nylon, the vent holes are eliminated, the upper is equipped with a zipper to prevent sand from entering, and the stab-resistant steel sheet is removed from the sole design. Honeycomb-shaped aluminum protective layer is added to reduce the degree of damage of the mine to the foot. At the same time, the rubber of the sole is soft to prevent rubble in the sand; in addition, the shoelace hole surface and coating are applied. The brass quick-threading system greatly reduces the time needed to put on the boots. It usually takes 10 seconds. During the Gulf War, the U.S. Department of Defense ordered about 420,000 pairs of desert boots.

In addition, the U.S. military designs different military boots according to different environments to meet different operational requirements. For example, the Army-style military boots specifically designed for use in cold regions—insulated boots are classified into black and white. Black boots are suitable for use in environments ranging from zero to minus 25 degrees Fahrenheit, while white boots effectively protect soldiers' feet in minus 60 degrees Fahrenheit. After the white insulation boots were improved, a new synthetic material insulation liner was added. 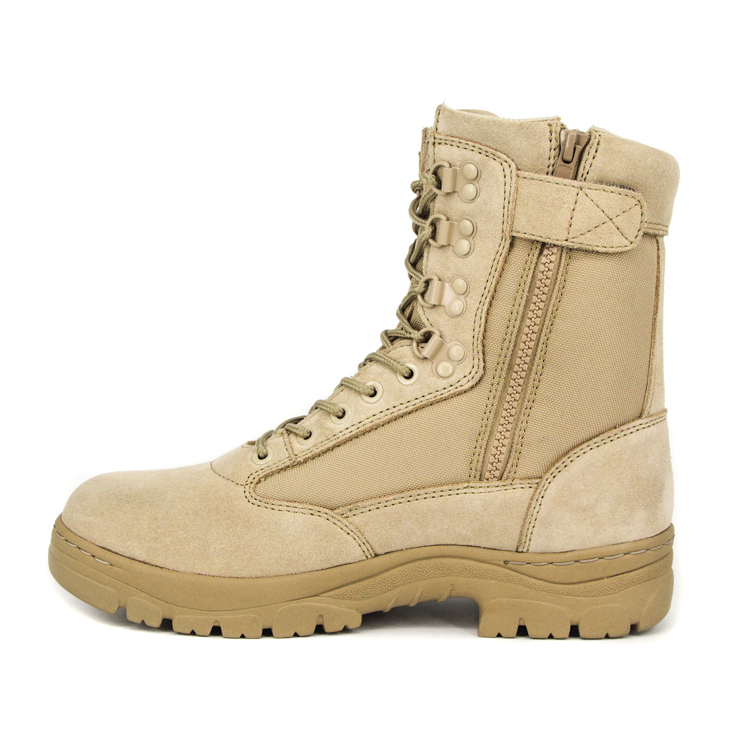 The cold-proof boots designed to fill the gap between standard combat boots and insulated boots are march boots that are suitable for use in wet and cold environments. The boots are full-leather and full-liner, and the liner is not only waterproof and moisture-proof but also has good air permeability. A non-slip design is used on the soles of the boots to facilitate walking on ice and snow. 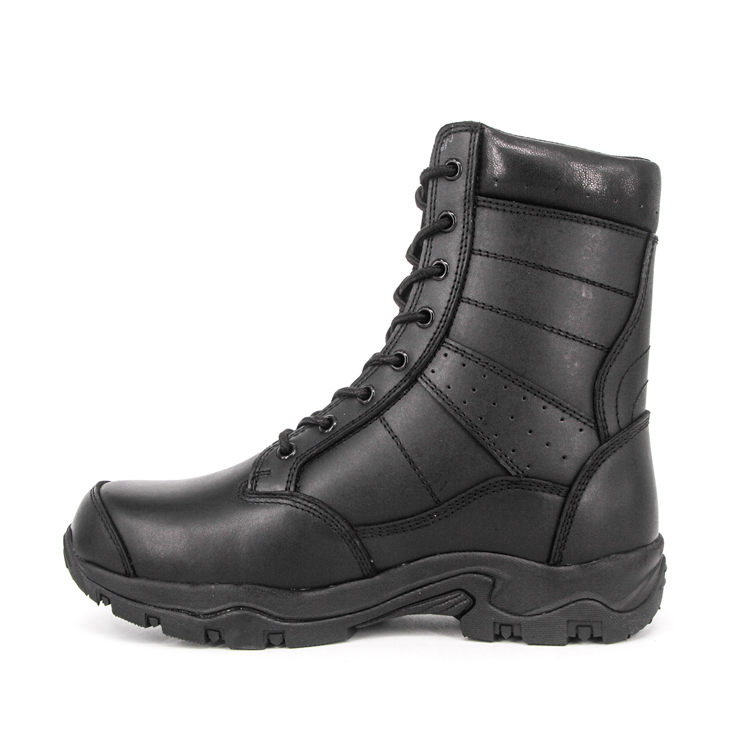 Functional military boots are the development trend of modern military boots. With the changes in the environment and adaptability requirements, the future military boots will become more and more powerful, more and more specific, and the style and appearance are also developing in the direction of beauty and convenience. Perhaps the future There will be a type of military shoes you and I can never imagine, let us look forward to it together.