Who will buy military boots?

In all kinds of film and television works, we can often see the military tough man image wearing camouflage clothes, armed assault rifle .In particular, the shape of wearing their boots, galloping on the battlefield, can be described as handsome forced people, more attractive to everyone. Talking about the development history of military boots, it can be said that it has a long history. Military shoes in the modern sense were born in the middle of the 19th century. High-barrel leather military boots successively can be used for many countries, Russian, Prussian, British, French, etc. Its popularity not only protects the soldiers 'feet in the battlefield environment, but also enhances the individual's combat mobility. Now that peace has prevailed, military boots are no longer only for soldiers, but also for the ordinary people.

The military tactical shoe on the right is leather-fabric boots with model outsole. The boots is suitable for police, soldier, outdoor explorers, people who likes cool and so on. This boots can fit a pair of mini-legged jeans. Top grain cow leather is the finest leather material. Its leather section is intact and tight. It also has the characteristics of good elasticity, strength and process plasticity. On the road, ordinary people can be paid attention to by many people, comfortable with compound of EVA and rubber sole too. An elegant outline increases the sense of fashion with stitching at the toe and heel parts. Whether police is in the middle of a military battle or field exploration, they should always keep their feet dry. The boots on the right has air hole increasing internal air circulation. 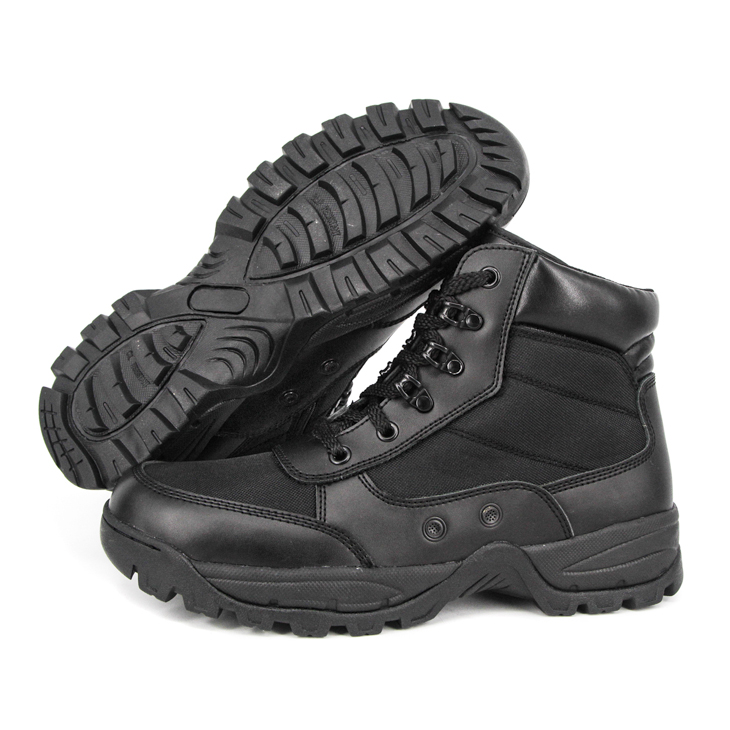 There are a group of tourists who like to explore in the desert. They will buy desert boots similar to the right picture. The boots with wide round head is suitable for the child's foot type. The tie style can be adjusted to the width. The smaller children can use the structure that is easy to wear off, such as magic buckles and buckles, and the upper mouth of the ankle is suitable for the soft sponge. Desert boots should have moisture absorption and sweat absorption to keep the boots dry, but the front palm should not be too soft. The soft heel can reduce the impact of the attack. Natural suede leather is best because of its good affinity with feet, comfortable feet and certain skid resistance. 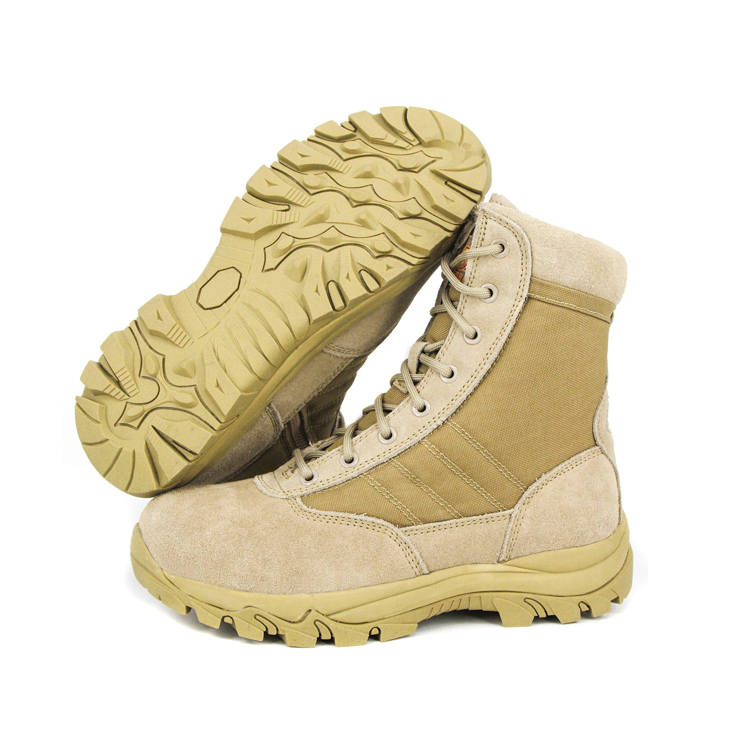 Military boots enthusiasts, outdoor sports enthusiast who like jungle, and soldiers often buys this style of boots on the right side picture of our company. Purchasers make generally the whole batch of orders from our company. There is also a small group of people to explore the jungle, we offer them retail boots. Double reinforcement connection upper and sole is the characteristics of this boots to keep the fastness. The connection of top grain cow leather and rip-stop nylon is comfortable and breathable. The single layer nylon fabric is for ventilation and comfort. Wide grooves of texture under the outsole are good for water evacuation, easy to clean. 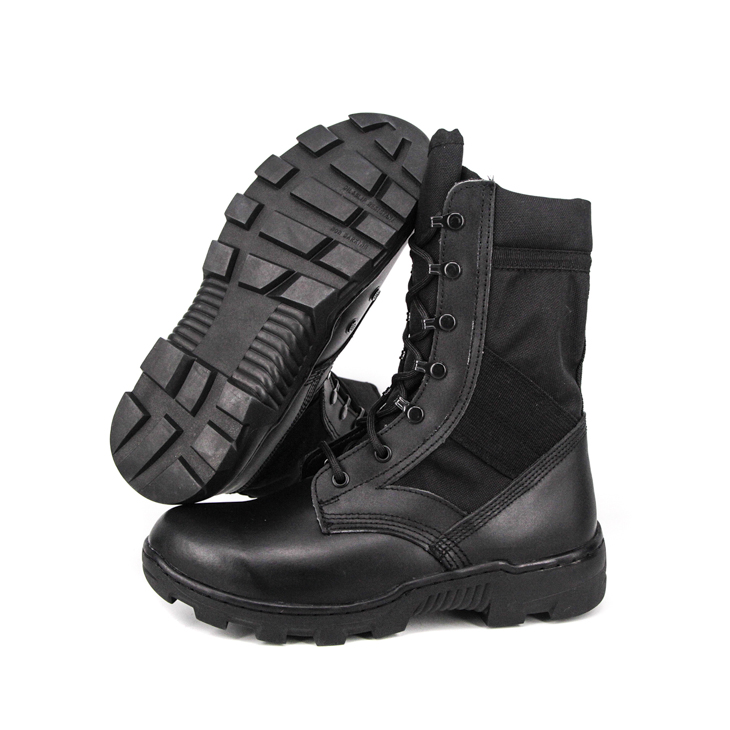