What kind of military boots is Chelsea boots?

Chelsea military boots are born with a deep British brand. Originally invented in the British Victorian era in the 19th century, it was invented by a Queen's exclusive shoemaker for the Queen. This new office shoes don’t use laces and has elastic elastics on the ankles. Because of the ease of wearing, suitable for walking and riding, this new ankle boots quickly spread from the royal family to the folk. I believe that everyone will not be unfamiliar to Chelsea boots, after all, no matter whether boys or girls will have a pair of delicate Chelsea boots, with a strong exquisite vintage British style.

Since then, the vulcanized rubber lining has been invented, greatly improving the flexibility of the boots, making it easy to wear and take off, and suitable for walking, while being loved by women and men, before the World War I, this Kinds of boots have become the mainstream boots of Western society.

Generally speaking, Chelsea boots have three kinds of pointed, round and square heads. The pointed head looks from the front side and lengthens the longitudinal extension of the shoe, so it is more leg length than the round head. 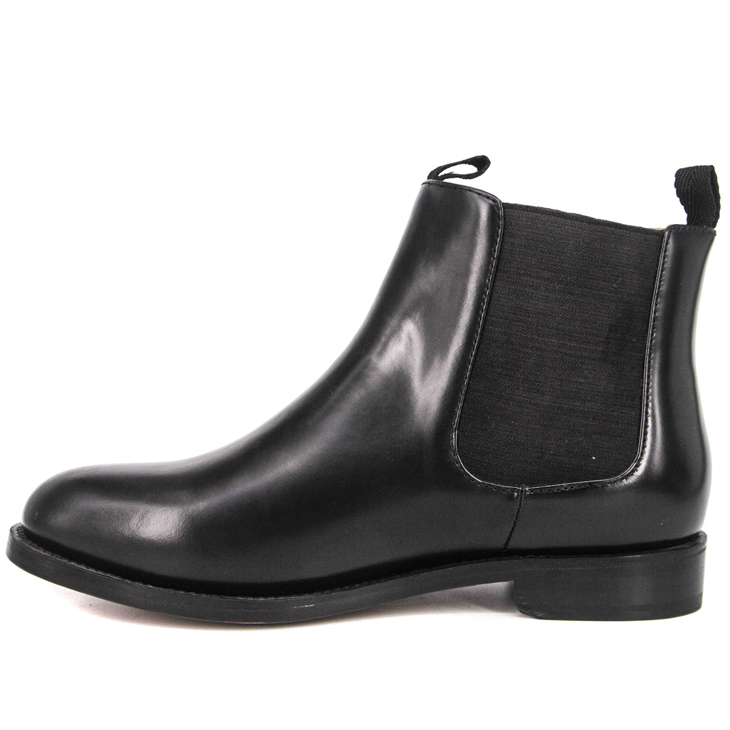 No shoelaces are also a prominent feature of Chelsea office boots 1225. The sides of the shoes are designed with flexible and soft elastic bands. The length of the elastic band just covers the ankle, but it is not connected to the sole. Because of this, it is convenient and comfortable to wear. In addition, there are also two pull rings on the shoes to wear easier. The elastic band is added on the side, which saves the design of the shoelace. The whole upper is more compact and stylish, and it is very convenient to put on and take off.

Chelsea boots were reinterpreted by the fashion world, adding low-key, and soon entered the rock circle, especially the Beatles, which was just like the Beatles. Paul McCartney, John Lennon and other four youth idols in the streets of London, wearing custom-made suits and Chelsea boots photos spread around the world, Chelsea boots were even known as "beetle boots."

Now, for people who often wear formal attire, it is really suitable to choose a pair of high-quality Chelsea military boots in autumn and winter. It is not only wrapped, but also has an over-the-shoulder design to achieve warmth. This kind of boots is full of fashion and has passed the test of time. It can match the formal suit and wear the artist or cowboy. This is a versatile weapon - Chelsea boots, if the shoe of people is a big meal, then Chelsea boots are staple food which is indispensable.