US. ARMY CALLS TO BOOT MANUFACTURERS FOR AN IMPORTANT HOTWEATHER BOOT 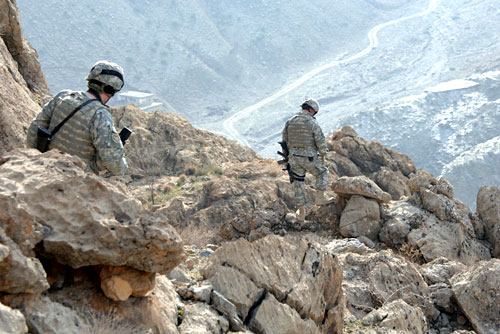 Over the past few years with U.S. soldiers continuing operations in the mountainous terrain of Afghanistan, the need has risen for a specific military boot to match the rugged terrain. In the summertime, the temperatures in the Afghan desert can surpass 130 degrees. Add that to the extremely mountainous terrain consisting of sharp rocks and that can literally tear a boot to shreds. The U.S. Army has decided to invest in an effort for U.S. based military boot manufacturers to develop a boot that can stand up to these harsh conditions. S Earlier generations of combat boots were made lighter than traditional boots and made more like athletic shoes which was favorable when it came to running, jumping, rappeling, and other physical activities. However, these boots sacrificed durability  and many of these models could not hack the harsh desert environment of the Middle East. So far, there has not been a decison made by the U.S. Army on which model or manufacturer will be supplying the U.S. military with the new generation of mountain footwear.