Why the soldiers must wear military boots？

Everyone knows that the soldiers in the army are in high-intensity training every day.  Military boots are for soldiers，also it is used during the war.

Military boots are made well and durable，it can completely protect soldiers' feet. It can give people a sense of upright and high-rise, also it looks very powerful.

Wearing military boots not only can protect their ankles, but they also avoid being bitten by mosquitoes in complex environments. So for military boots, wear ability is the most practical thing. Military boots have the same style every year, so they can be changed only once in a few years. 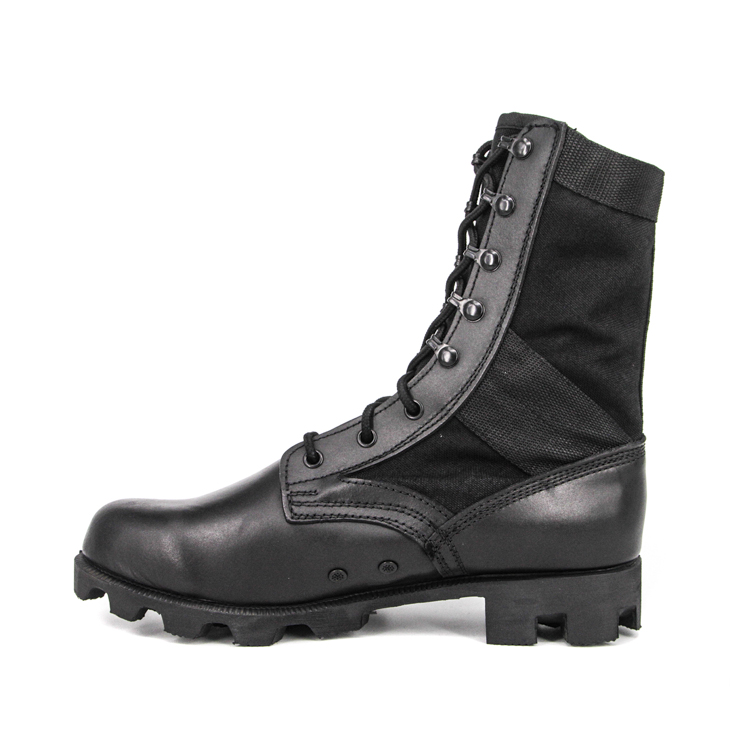 We want to recommend our 5216 jungle boots. Military boots, have a SGS, ISO and ITS certificated manufacturer since 1984. This jungle boots use highly breathable full-grain cowhide leather and nylon fabric upper for long lasting support. 5216 outdoor work shoes have rubber sole, breathable lining, double and triple stitched seams, bringing you comfort even in warm weather and hot climate of the Middle East. The army boots are not only suitable for combat stealth force defense, but also for work outdoor activities. So the jungle boots footwear is a good choice for both men and women.