Chinese President Xi Jinping (5th R, front) and his wife Peng Liyuan attend a grand military parade to mark the 70th anniversary of the victory of the Great Patriotic War, with Russian President Vladimir Putin and other leaders, in Moscow, Russia, May 9, 2015. Xi, hosted by Putin, was among more than 20 leaders of countries, regions and international organizations to attend the commemorative event. 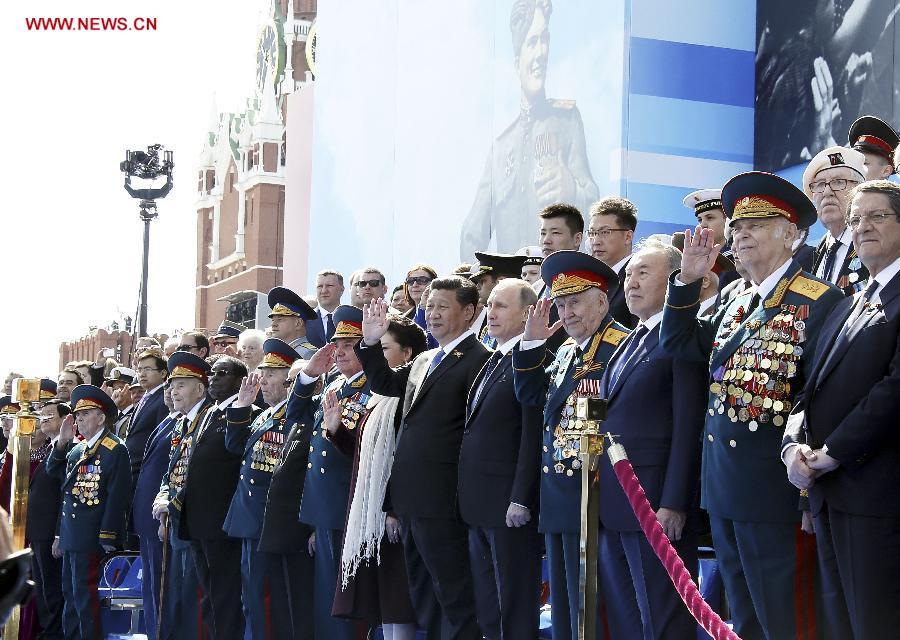