The Chinese and Russian military force have begun their first joint exercises in the
Mediterranean that will last for about a week.

Though small scale, it is a signal of growing defence ties between Beijing and Moscow and a
demonstration that China's maritime horizons are broadening.

Two Chinese 054A/Jiangkai II class missile frigates - the Linyi and the Weifang - are involved
along with a supply vessel, the Weishanhu.

Some six Russian ships are also taking part, and the exercises will encompass safety drills,
replenishment at sea, escort missions and some live firing.

The Chinese warships had previously visited the Russian Black sea base of Novorossiysk
(another first for the Chinese navy) as part of the Victory in Europe celebrations. 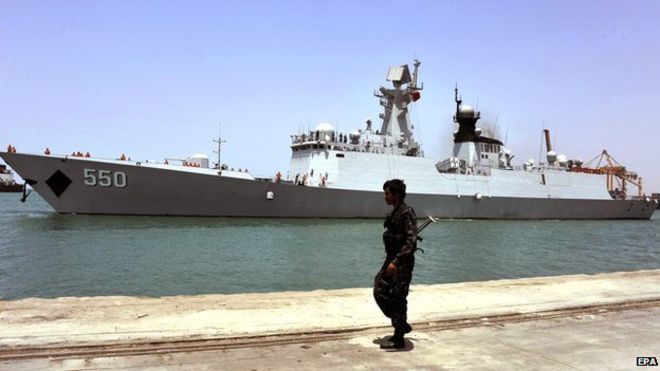