Jungle boots are a type of combat boot designed for use in jungle warfare or in hot, wet and humid
environments, where a standard leather combat boot would be uncomfortable or unsuitable to wear.
Jungle boots have vent holes in the instep and sometimes a canvas upper to aid in ventilation and drainage
of moisture. 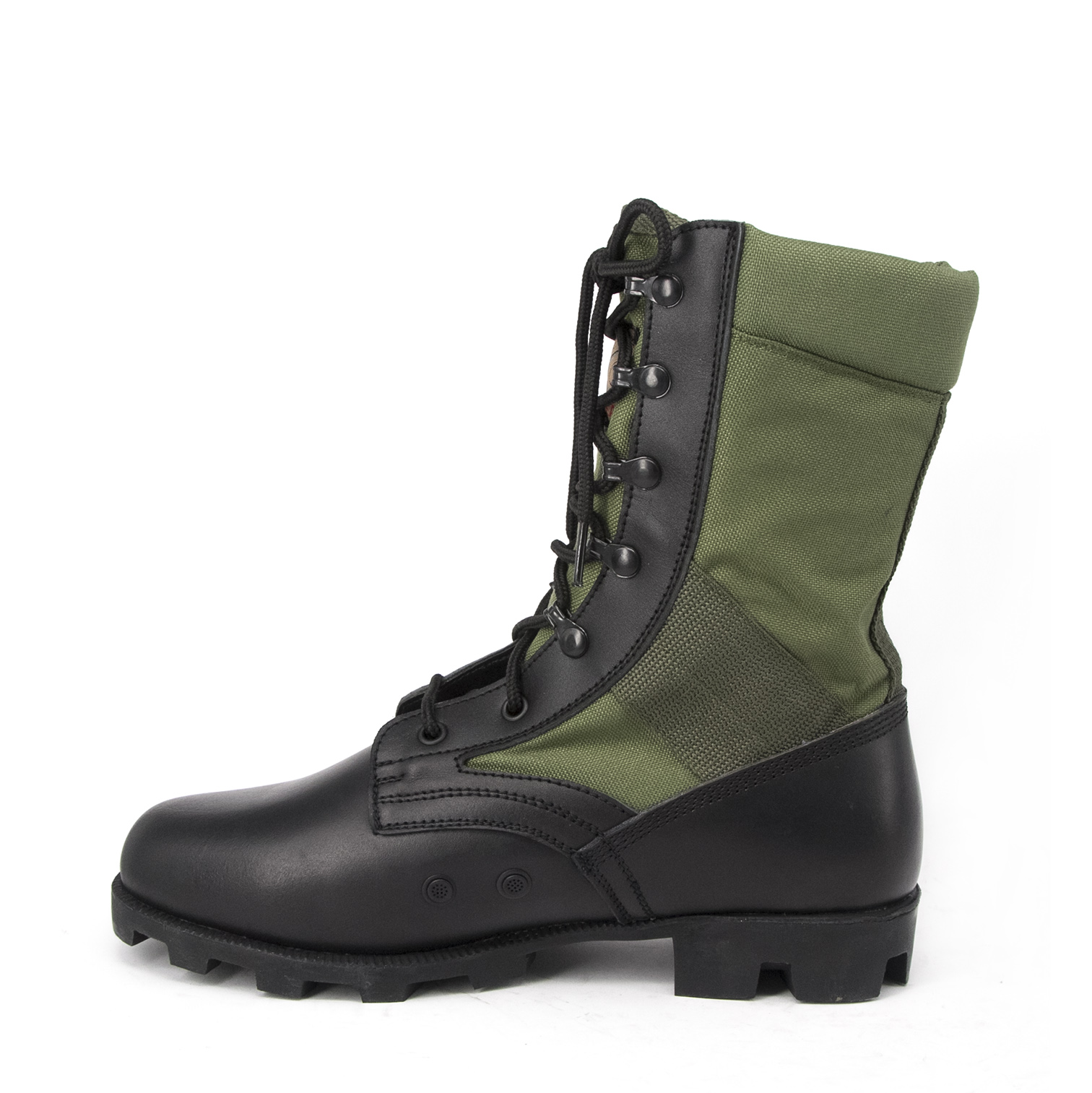 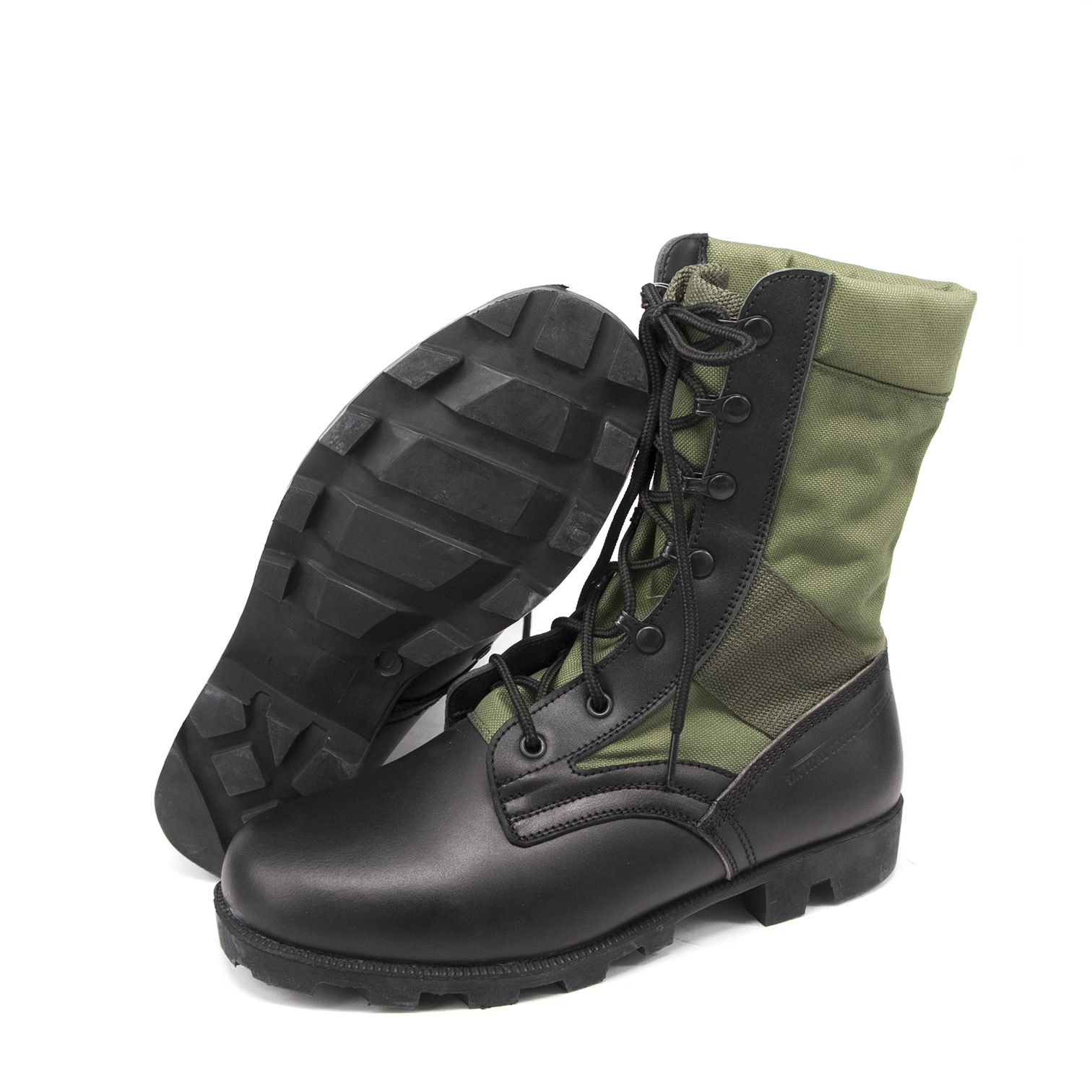 he use of Jungle or Hot Weather boots predates World War II, when small units of U.S. soldiers in Panama
were issued rubber-soled, canvas-upper boots for testing.Developed in conjunction with the U.S. Rubber
Company, a pair of Jungle boots weighed approximately three pounds. Adopted in 1942, the design of
the Jungle Boot was based on the idea that no boot could possibly keep out water and still provide
sufficient ventilation to the feet in a jungle or swamp environment.[1] Instead, the Jungle Boot was
designed to permit water and perspiration to drain, drying the feet while preventing the entry of insects,
mud, or sand.
In 1942, fused layers of original-specification Saran or PVDC were used to make woven mesh ventilating
insoles for newly developed jungle boots made of rubber and canvas.The Saran ventilating insoles trapped
air which was circulated throughout the interior of the boot during the act of walking; moist interior air
was exchanged for outside air via the boot's water drain eyelets.In cold weather, the trapped air in Saran
insoles kept feet from freezing by insulating them from the frozen ground; when walking, the insoles
circulated moist air that would otherwise condense and freeze, causing trench foot or frostbite.
The new M-1942 canvas-and-rubber Jungle boots with Saran mesh insoles an were tested by experimental
Army units in jungle exercises in Panama, Venezuela, and other countries, where they were found to
increase the flow of dry outside air to the insole and base of the foot, reducing blisters and tropical
ulcers.The Saran ventilating mesh insole was also used in the M-1945 tropical combat boot.